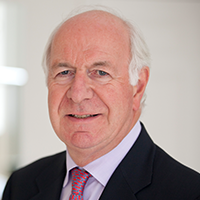 Watch Time: 12:33 Barts and the London School of Medicine and Dentistry, London, UK

Prof. Martin Savage, Professor Emeritus in Paediatric Endocrinology at the William Harvey Research Institute, Barts and the London School of Medicine and Dentistry in London, UK, provides his expert insight into key data presented at ESPE 2018 and what they may mean for optimizing clinical outcomes for patients with severe primary IGF-1 disorder (SPIGFD).

In this interview, Martin Savage answers the following questions:

Prof. Martin Savage is a Professor Emeritus in Paediatric Endocrinology at the William Harvey Research Institute, Barts and the London School of Medicine and Dentistry in London. He was head of the Paediatric Endocrine Unit at both universities from 1982 to 2007. He is a clinician with wide experience and has clinical and research interests in the field of growth disorders, specifically those with abnormalities in the growth hormone-IGF-1 axis. His main research field has been the phenotype:genotype relationships of GH-IGF-1 axis defects. He published the first human case of an IGF-1 gene defect in the New England Journal of Medicine in 1996.

Professor Savage’s other clinical interests are Cushing’s syndrome and growth in chronic inflammatory diseases. He was General Secretary of the European Society for Paediatric Endocrinology (ESPE) from 1997 to 2004. Professor Savage has lectured in more than 50 countries worldwide and has published over 420 original articles, reviews, textbook chapters and books. In 2007, he was awarded the ESPE Andrea Prader Prize for contributions to paediatric endocrinology. He continues to see patients and lectures both nationally and internationally. 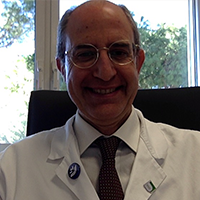 In this interview, Stefano Cianfarani answers the following questions:

Prof. Stefano Cianfarani is Associate Professor of Paediatrics and Chief of the Paediatric Endocrinology Centre at the ‘Tor Vergata’ University, and Chief of the Diabetology Unit at the ‘Bambino Gesù’ Children’s Hospital in Rome, Italy. He is also Visiting Professor at the Department of Women’s and Children’s Health at the Karolinska Institute, Stockholm, Sweden. He trained in paediatric endocrinology at the ‘La Sapienza’ and ‘Tor Vergata’ Universities of Rome and refined his training at St. Bartholomew’s Hospital, London, UK.

Professor Cianfarani is active in both clinical and laboratory-based research. From 2004 to 2010, he was chairman of the Clinical Practice Committee and a member of the Programme Organizing Committee and Council for the European Society for Paediatric Endocrinology (ESPE).

The potential implications of these data for optimizing clinical outcomes for patients with SPIGFD are explored from both global and regional perspectives.

The information in this activity is intended for European endocrinologists, nurses, and other healthcare professionals involved in the treatment of patients with short stature.

After watching these touchCONGRESS Expert Interviews, you should be better prepared to:

Register to touchENDOCRINOLOGY for FREE

This content is intended only for healthcare professionals outside of the US.

Back to Activity
Copied to clipboard!