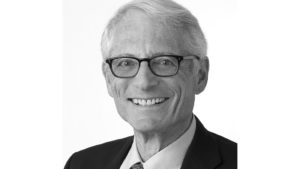 Glenn D Braunstein, MD is the former Chief Medical Officer at Pathway Genomics (2015–19), Vice President for Clinical Innovation at the Cedars-Sinai Health System (2011–15), past Chair of the Department of Medicine at Cedars-Sinai (1986–2012), and Vice-Chair of the Department of Medicine at UCLA (1986–2012).  He is Professor of Medicine at Cedars-Sinai and Professor Emeritus at UCLA. Dr Braunstein earned both his bachelor’s and medical degree from the University of California, San Francisco. He completed his internship and residency at Peter Bent Brigham Hospital, Harvard Medical School. In addition, Dr Braunstein completed training in endocrinology at the National Institutes of Health and Harbor General Hospital-UCLA School of Medicine. He is Board Certified in internal medicine and the subspecialty of endocrinology, diabetes, and metabolism.

Dr Braunstein is a member of a number of academic organizations, including American Association of Clinical Endocrinologists (AACE), American Thyroid Association (ATA), Endocrine Society, American Society for Reproduction (ASR), American Society for Clinical Investigation (ASCI) and Association of American Physicians (AAP). He is a past chair of the Endocrinologic and Metabolic Drugs Advisory Committee of the Food and Drug Administration (FDA), where he currently serves as Special Advisor. Dr Braunstein also served as Chair of the Endocrinology, Diabetes and Metabolism Subspecialty Boards for the American Board of Internal Medicine and chaired the Recent Update SEP Committee for the ABIM Maintenance of Certification Program. In addition, he initiated and directed the Thyroid Cancer Program in the Samuel Oschin Comprehensive Cancer Institute at Cedars-Sinai.

Over the last three decades, there has been a dramatic increase in the incidence of papillary thyroid carcinoma, in great part due to ‘overdiagnosis when small tumors are detected by modern imaging modalities, especially neck ultrasound, followed by fine needle aspiration for cytologic diagnosis. Until recently, the standard therapy for thyroid cancer has been surgery to remove a lobe or the entire thyroid with or without removal of cervical lymph nodes. This dogma was challenged in 1993 when a group of investigators at Kuma Hospital in Kobe, Japan began an active surveillance program for low-risk, papillary microcarcinomas (<1 cm).  Their 10-year follow-up data and that of others, have shown that 8% of the nodules show significant growth (>3 mm), and that less than 4% exhibit new cervical lymph node metastasis.  Of greatest importance, none of the patients developed distant metastasis and all those who have subsequent “rescue” or “salvage” thyroid surgery for disease progression have had excellent results and no different from those who underwent immediate surgery following diagnosis.

During the last few years, the concept of active surveillance of small (<1.5 cm), low-risk papillary carcinomas has gained traction around the world.  In the USA, many academic centers initiated active surveillance programs with results that are virtually identical with those found from the Japanese institutions that developed the first programs.  In the last couple of years, this concept has become much more mainstream and more endocrinologists and surgeons are offering active surveillance as a viable alternative to surgery, especially in people over age 60, since disease progression is much less likely in the older age groups than in younger patients.

As more and more patients choose active surveillance over immediate surgery, we can expect to see less postoperative hypoparathyroidism and recurrent laryngeal nerve damage, and a lower overall health care expenditure for the care of patients with small, low-risk papillary thyroid cancers, saving patients at least some of the grief that comes with the overdiagnosis of cancers of little or no clinical significance.

Support: No funding was received in the publication of this Insight article.