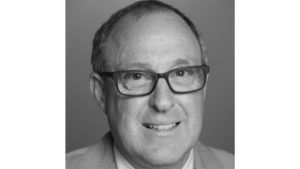 Baptist Gallwitz is Professor of Medicine at Eberhard Karls University of Tübingen in Germany. He has has authored 100+ peer reviewed articles and his main scientific focus is on the physiology of incretin hormones. Professor Gallwitz is currently a Member of the Board of the Deutsche Diabetes Gesellschaft (DDG, German Diabetes Society) and a number of other medical associations, including the American Diabetes Association (ADA) and European Association for the Study of Diabetes (EASD). He has been awarded numerous awards and prizes for his advances in the diabetes field, the most recent being the Werner Creutzfeldt Price awarded by the DDG for scientific work in the field of incretin hormones.

In 2019 we have seen more results of cardiovascular safety studies for anti-diabetic agents for the treatment of type 2 diabetes, namely for the class of the SGLT-2 inhibitors and for the GLP-1 receptor agonists (GLP-1RA). The majority of these studies has shown superiority for compounds of these classes regarding cardiovascular safety compared to established standard therapy. This means that treatment with SGLT-2 inhibitors and GLP-1RA may lead to less cardiovascular death, non-fatal myocardial infarct, non-fatal stroke and patients may profit. SGLT-2 inhibitors have also demonstrated a decrease in endpoints regarding heart failure and renal endpoints (see also question 2).

What have been the major breakthroughs and data?

In the field of SGLT-2 inhibitors major breakthroughs were the completion of the DECLARE and DAPA-HF studies with dapagliflozin that showed benefits not only in patients with type 2 diabetes and preexisting cardiovascular disease, but also in a population with less advanced disease and type 2 diabetes and cardiovascular risk factors only (DECLARE study). In the DAPA-HF study it was shown that the SGLT-2 inhibitor dapagliflozin has positive effects in patients with reduced left ventricular function without diabetes. Another study with the SGLT-2 inhibitor canagliflozin has shown superiority for macro- and microvacular endpoints in the CREDENCE study in patients with preexisting reduced renal function. For the class of GLP-1RA we have seen the positive results for dulaglutide in the REWIND study and for the oral form of semaglutide in the PIONEER 6 study.

How will these impact the future?

The mentioned studies have a great impact on the treatment options for type 2 diabetes, since there are now medications available that have a positive effect on cardiovascular and renal endpoints. The recommendations of the American Diabetes Association (ADA) and European Association for the Study of Diabetes (EASD) have already incorporated these findings into their present recommendations.

What are the current hottest topics, and what do you hope to see in 2020?

Another hot topic is the new suggestion for a novel classification of diabetes, according to the five “diabetes clusters” that were found in the Scandinavian cohorts investigated by L. Goops group. Here we hope to see further confirmation of the Scandinavian findings in other cohorts from other parts of the world. The novel suggested classification takes into account that type 2 diabetes is heterogenous and that there are different clusters with different phenotypes and a different progress of the disease and its complications. So far we do not know how our present medical interventions effect the single “clusters” and it will be an important task for future research.

Please provide a brief summary of your current research.

I am involved in clinical studies with GLP-1RA and SGLT-2 inhibitors and our group at the university in Tübingen is following large cohorts of prediabetic subjects in lifestyle intervention studies in order to better understand and characterise prediabetes and to better predict a potential profit from distinct life-style interventions.

Support: No funding was received in the publication of this Insight article.