Precocious puberty refers to the appearance of physical and hormonal signs of pubertal development at an earlier age than is considered normal.Although traditionally, any signs of puberty in girls prior to age eight years have been considered abnormal, recent studies indicate that signs of early puberty (breasts and pubic hair) are often present in girls (particularly black girls) between ages 6–8 years.The early growth spurt initially can cause tall stature, but rapid bone maturation can cause linear growth to cease too early and result in short adult stature.The early appearance of breasts or menses in girls and increased libido in boys can cause emotional distress for some children.

The onset of puberty is caused by the secretion of highamplitude pulses of gonadotropin-releasing hormone (GnRH) by the hypothalamus. Pulsatile release of GnRH will increase pituitary secretion of lutenizing hormone (LH) and follicle-stimulating hormone (FSH). The hypothesized mechanisms that suppress onset of puberty until the appropriate age include: the hypothalamic-pituitary-gonadal (HPG) axis, which is highly sensitive to feedback inhibition by small amounts of sex steroids; and central neural pathways that suppress the release of GnRH pulses.

The onset of puberty is caused by the secretion of high amplitude pulses of gonadotropin-releasing hormone (GnRH) by the hypothalamus. Pulsatile release of GnRH will increase pituitary secretion of lutenizing hormone (LH) and follicle-stimulating hormone (FSH). The hypothesized mechanisms that suppress onset of puberty until the appropriate age include: the hypothalamic-pituitary-gonadal (HPG) axis, which is highly sensitive to feedback inhibition by small amounts of sex steroids; and central neural pathways that suppress the release of GnRH pulses. If the history, physical examination, and laboratory data suggest that a child exhibits early and sustained evidence of pubertal maturation, the clinician must differentiate central precocious puberty (CPP) from precocious pseudopuberty. CPP, which is gonadotropin-dependent, is early maturation of the entire HPG axis, with the full spectrum of physical and hormonal changes of puberty. Precocious pseudopuberty is much less common and refers to conditions in which increased production of sex steroids is gonadotropin independent. This includes gonadal or adrenal tumors, ovarian cyst, McCune- Albright syndrome, and late-onset congenital adrenal hyperplasia. Correct diagnosis of the etiology of sexual precocity is critical, because evaluation and treatment of patients with precocious pseudopuberty is quite different than that for patients with CPP.

Most patients, particularly girls suspected of having CPP, are otherwise healthy children whose pubertal maturation begins at the early end of the normal distribution curve. A recent study from France in which CNS imaging was conducted in all girls with documented CPP showed that only 2% of girls aged 6–8 years girls had a relevant CNS abnormality, whereas 20% of girls with onset of precocious puberty prior to age six did. CNS abnormalities associated with precocious puberty include tumors (primarily hypothalamic astrocytomas and optic gliomas), congenital anomalies,hypothalamic hamartomas and acquired CNS injury caused by inflammation, surgery, trauma, abscess, or radiation therapy. The 1997 study by Herman-Giddens et al. and the data from the NHANES III study conducted between 1988 and 1994 conclusively showed that black girls in the US have onset of breast development and pubic hair approximately one year earlier than do white girls; therefore, using the same age definition of precocious puberty for white and black girls yields a higher incidence in black girls.Thus, if we use the same age cutoffs for when puberty is precocious, the incidence of precocious puberty is higher in black than in white girls. The current recommendation changes the age limit for precocious breast and pubic hair growth to age six years for black girls and age seven years for white girls. Reliable estimates of the frequency of precocious puberty in boys and girls have not been published, but the results would depend on what age one uses to define when puberty is precocious, and whether one includes premature adrenarche and premature thelarche. However, several centers have reported that they evaluate between onefifth and one-tenth as many boys as girls for sexual precocity.The most reliable sign of precocious puberty in girls is breast enlargement. Initially, breast budding may be unilateral or asymmetric. Gradually, the breast diameter increases, the areola darkens and thickens, and the nipple becomes more prominent. Distinguishing glandular breast tissue from fat, which can mimic true breast tissue, is essential. Examining the patient while she is in the supine position usually minimizes the chance of misinterpreting fat as true breast enlargement.

In girls, examination may or may not reveal pubic hair, but enlargement of the clitoris indicates significant androgen excess that must be evaluated promptly. Mild acne may be normal in early puberty, but rapid onset of severe acne, like clitoral enlargement, should increase suspicion of an androgen excess disorder.

The earliest sign of central precocious puberty in boys is enlargement of the testes, which depends on increased production of FSH. Pubic hair growth that occurs without penis and testicular enlargement and other signs of increased androgen production usually reflects increased adrenal androgen production (i.e. premature adrenarche) rather than true puberty. Later signs of puberty include the pubertal growth spurt, acne, voice change, and facial hair. The timing of puberty has a genetic component. A history of early puberty in a parent or sibling is relevant and decreases the likelihood that early puberty has an organic cause. Increased body mass index has been associated with early puberty in girls, with the association being stronger in white girls than in black girls. Obesity is not clearly associated with early puberty in boys. The relationship between body fat and puberty is complex and many exceptions exist, but it is clear that body weight and fat mass are among the factors that may influence puberty onset in girls. Diagnosis
Measurement of serum testosterone is useful in boys with suspected precocious puberty. For girls, estradiol measurements are less reliable indicators of the stage of puberty. Many commercial assays are not sufficiently specific or sensitive enough to demonstrate an increase during early puberty.

Levels of adrenal androgens (e.g. dehydroepiandrosterone, dehydroepiandrosterone sulfate) are usually mildly elevated in boys and girls with premature adrenarche. Because of the development of more sensitive, third-generation assays for LH, which can detect levels as low as 0.1 IU/L or lower, the random LH is now the best screening test for CPP, particularly in girls. Prepubertal girls usually will have an LH of <0.1,whereas a level of >0.3 usually is diagnostic of CPP.A definitive diagnosis of CPP may be confirmed by measuring LH and FSH levels 20-40 minutes after infusion of GnRH (100mcg); in CPP, the ratio of LH to FSH is usually 0.75 or greater. An increase in FSH levels much greater than the increase in LH levels suggests that the child is prepubertal. Some studies suggest that an increase in LH levels to more than 8IU/L is diagnostic of CPP, but this depends on the specific LH assay used. No increase in LH and FSH levels after the infusion of GnRH suggests precocious pseudopuberty. As sensitive LH assays have become more widely available, GnRH testing is needed less often to diagnose CPP.

A radiograph of the hand and wrist to determine bone age is a quick and useful means to estimate the likelihood of precocious puberty and its speed of progression. It is also helpful for predicting adult height and identifying children most in need of therapy. Most children with progressive precocious puberty will have a bone age that is at least two years advanced relative to chronological age, unless the child is seen shortly after the appearance of pubertal signs.

Magnetic resonance imaging (MRI) may be indicated to look for a tumor or a hamartoma after hormonal studies indicate a diagnosis of CPP, particularly for boys,girls with onset before aged six, and in any child with CNS signs and symptoms such as headaches or changes in vision. Pelvic ultrasound is essential when precocious pseudopuberty is suspected in a girl (based on examination or hormone levels) because an ovarian tumor or cyst may be detected.

Medication
Once diagnosed, the goal of treating precocious puberty is to halt or even reverse sexual development and stop the rapid growth and bone maturation that can eventually result in adult short stature. Depending upon the cause, there are two possible approaches to treatment: treating any underlying cause or disease, such as a tumor or lowering hormone levels with either GnRH agonists or progestins (see Table 1 for a comparison). 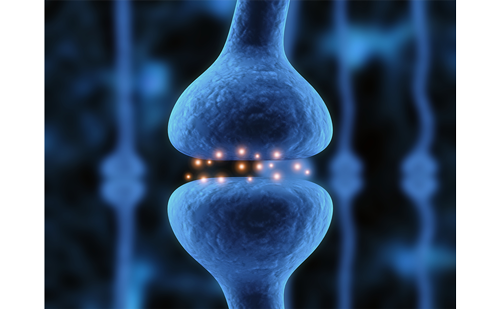 Novel Insights Into the Genetic Causes of Short Stature in Children

Short stature affects 2.5% of children and is one of the most common reasons for consulting a growth specialist during childhood.1 Normal height is a polygenic trait and derives from the interaction of several factors. It is known that height is influenced by hormonal, nutritional and psychosocial variables, and during recent years it has been increasingly […]