Celebrated every year on November 14, World Diabetes Day is now an official UN World Health Day as a result of the successful Unite for Diabetes campaign. This year sees the second of a two-year World Diabetes Day campaign. The theme for the 2008 campaign is ‘Diabetes in Children and Adolescents.’ In this article, we explain why children are the focus of the campaign and what can be done to change the lives of all of those, particularly children, who are living with diabetes.

Diabetes Is Different for Children

Celebrated every year on November 14, World Diabetes Day is now an official UN World Health Day as a result of the successful Unite for Diabetes campaign. This year sees the second of a two-year World Diabetes Day campaign. The theme for the 2008 campaign is ‘Diabetes in Children and Adolescents.’ In this article, we explain why children are the focus of the campaign and what can be done to change the lives of all of those, particularly children, who are living with diabetes.

Diabetes Is Different for Children
Joran is a normal 16-month-old boy who lives in a country in the World Health Organization (WHO) top 20 for healthcare services. He has been thirsty and restless, has seemed hungry for three days, and one night develops a fever. He is increasingly unwell and starts vomiting. However, he is eager to drink and his diapers are still wet. His mother notices that Joran is acting unusually and calls the emergency services. The nurse on duty for the telephone triage follows her protocols and notes down the signs and symptoms that Joran’s mother tells her about. She concludes that: ‘If he is still drinking and wetting his diapers, there is no need for a visit to the clinic. This must be a case of gastroenteritis. A lot of kids have it right now.’ The fact that he seems to be acting unusually is explained as ‘being sick.’ The next morning, Joran’s mother finds her baby son in a coma. He is rushed to hospital, where type 1 diabetes with diabetic ketoacidosis (DKA) and severe dehydration is diagnosed. Treatment is complicated by cerebral edema. Joran survives, but with severe brain damage.

The 2008 campaign aims are to: raise awareness of the warning signs for diabetes; encourage initiatives to reduce DKA and distribute materials to support these initiatives; attract sufficient resources to the IDF’s Life for a Child Program to support a further 500 children by the end of 2008; and promote healthy lifestyles to help prevent type 2 diabetes in children.
The Importance of the Theme—No Time to Lose
There are good reasons for the campaign slogan and messages. Both type 1 and type 2 diabetes are increasing in the young. Type 1 is increasing at a rate of 3–5% per year in children. Once seen mainly in teenagers, today infants and toddlers with diabetes are the fastest growing group with type 1 diabetes. They acquire diabetes before they can understand the impact and consequences of the illness, and face an entire life with the disease.

Type 2 diabetes is now increasingly common in children and adolescents. It would appear that a lifestyle characterized by reduced physical activity and caloric ‘overdosing’ is being adopted in virtually every country. As a consequence, the current generation of children is growing up with an ever-increasing risk for diabetes. In some countries, type 2 diabetes has overtaken type 1 as the predominant type of diabetes in children and adolescents. Diabetes is different in children. The onset of the disease is insidious, and the treatment is much more difficult due to growth, development, and additional factors that strongly influence diabetes and glucose regulation, such as infections and emotions. In addition, the family becomes the patient because several aspects of treatment have a constant influence over, and are influenced by, day-to-day family life.

Worldwide, roughly 200 children develop type 1 diabetes each day. For most of them, it is an accident of geography and the socioeconomic surroundings into which they are born that determine, to a large extent, their immediate survival and future health. The discovery of insulin over 85 years ago changed diabetes from a deadly disease into a chronic disease. Despite this, in many parts of the world children with diabetes do not have access to life-saving medication, and as a result die or face the terrible complications of diabetes at a young age. The life expectancy for someone who requires insulin to survive in Zambia is 11 years. In Mali, it is 30 months. In Mozambique, a person with type 1 diabetes will die within a year of diagnosis.

‘Know the Warning Signs’ and Reduce Diabetic Ketoacidosis
Although awareness of diabetes has increased, children with diabetes are still often misdiagnosed at the onset of the disease. Type 1 diabetes has clear signs and symptoms including thirst (polydipsia), frequent urination (polyuria), and unexplained weight loss. In addition, infections, disturbed vision, tiredness, and, eventually, vomiting and abdominal pain may present. If untreated, type 1 diabetes will present itself as DKA, which within hours can result in coma and death. With the rising prevalence of diabetes in children comes the increased risk of children dying from diabetes—often as a consequence of DKA due to late or misdiagnosis, or because the required medication, monitoring, and care are not available. Children with DKA have a high level of sugar in their blood, which requires emergency treatment. Without insulin, these children can lapse into a coma and die. Cerebral edema or swelling of the brain, which is a complication unique to children with diabetes, accounts for 60–90% of all DKA deaths.
Metabolic Syndrome in Children
With regard to type 2 diabetes, the disease is, as part of the metabolic syndrome, characterized by a long (seven- to 11-year) pre-diabetes period in which irreversible damage and complications are already taking place. Imagine a 14-year-old child growing up to face the possibility of cardiovascular disease before 30 years of age.

In 2007, the IDF launched a new definition to identify children and adolescents at increased risk for developing type 2 diabetes and cardiovascular disease later in life. The metabolic syndrome is a cluster of the most dangerous risk factors for type 2 diabetes and cardiovascular disease. Its early identification is crucial for prevention. The IDF suggests that the metabolic syndrome should not be diagnosed in children below 10 years of age, but that a strong message for weight reduction should be delivered for those with abdominal obesity.1 For children ≥10 years of age, metabolic syndrome can be diagnosed with abdominal obesity (using waist circumference percentiles) by the presence of two or more other clinical features (elevated triglycerides, low high-density lipoprotein [HDL]-cholesterol, high blood pressure, or increased plasma glucose). Although some of these, as well as body size and proportions, change with age and development, in the absence of definitive data the criteria adhere to the absolute values in the IDF’s adult definition. The exception is that one (rather than a sex-specific) cut-off is used for HDL. For children ≥16 years of age, the IDF adult criteria can be used.

The Diagnosis and Prevention of Type 2 Diabetes in Children
Obesity and type 2 diabetes are strongly genetically driven, but environmental factors are also influential. Less physical activity due to urbanization, television, and computers and a positive energy balance due to a larger amount of less healthy, more processed energy-rich foods are among the important factors. Similar to adults, youths with type 2 diabetes also tend to develop diabetes complications at a relatively young age. According to the IDF Diabetes Atlas, 3rd Edition, these complications can occur soon after diagnosis, and place significant burden on health budgets and society. Early diagnosis and intervention are essential to reduce the risk for complications. This is true in all forms of diabetes. Proper and timely diagnosis and treatment are required to prevent devastating consequences.

Awareness of the Warning Signs
The story of Joran illustrates the need for better awareness of the warning signs to facilitate timely diagnosis and treatment before severe sequelae or death occur. In developed countries, problems recognizing the signs and symptoms are often not due to a delay on the part of the parents; instead, the healthcare system can create this delay and fail our children. Telephone triage systems often misdiagnose the signs of diabetes. Vomiting in a child who still wets his or her diapers is considered a ‘good’ sign, leading to the exclusion of dehydration. However, in a child with diabetes it can be a sign of imminent coma or death. Therefore, triage methods need to be improved to include questions that can point to the possibility of diabetes: any child who is vomiting, even with sustained urine production and thirst, should be treated as having suspected diabetes. There are good examples of awareness campaigns centered around these concerns that have successfully addressed parents, schools, and healthcare providers. The best examples are the campaigns run in Italy2 and Canada. Awareness and proper diagnosis can change the future of these children and their families.

No Child Should Die of Diabetes
In response to the dire circumstances facing children with type 1 diabetes in low- and middle-income countries, the IDF established an international aid program (Life for a Child) in partnership with Diabetes Australia-New South Wales (NSW) and the charity HOPE worldwide to provide supplies and care to places of greatest need. This program supports almost 1,000 children worldwide.

As an aim of the campaign for World Diabetes Day, the IDF is looking to expand the program. The IDF Life for a Child Program works with diabetes centers in these countries and provides the clinical care and diabetes education that the children in their care need to stay alive and develop a future. The program aims to raise awareness of the plight of children with diabetes in the countries in which it is present, and encourages governments to establish appropriate care to safeguard the future of children with diabetes. The expansion of the program is an important goal of this year’s World Diabetes Day campaign.■ 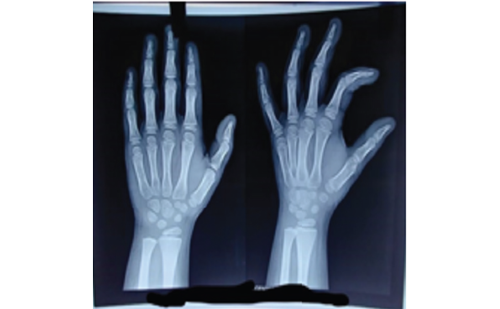