Is there a link between subclinical hypothyroidism and
cardiovascular disease risk?
A series of longitudinal population studies have found that SH is associated with a higher risk of CVD, and this was confirmed in a large meta-analysis published in 2010.2 The extent of the CVD risk was proportional to the degree of the TSH elevation. The effect was not related to traditional risk factors such as obesity, hypertension or dyslipidemia, and it was not related to the underlying autoimmune dysfunction that underlies the most common cause of SH, Hashimoto’s thyroiditis.3 No effect of age was noted in this meta-analysis,2 although an earlier population study suggested that the elderly may have reduced CVD risk with SH.4 A higher risk of stroke, another major vascular disease, with SH was observed in subjects younger than 65 and those with higher TSH concentrations.5 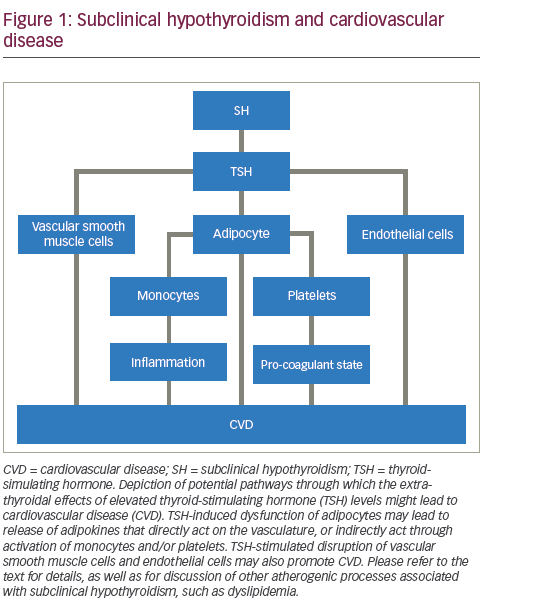