Digestive neuroendocrine tumors (carcinoids) derive from serotonin-producing enterochromaffin cells. Biochemical screening (and follow-up) is performed with measurements of 5-hydroxyindoloacetic acid in urine. Other markers are also useful. Most digestive neuroendocrine tumors are better localized with functional imaging, i.e. nuclear medicine, compared with other modalities. The treatment of choice is surgical; non-resectable tumors are treated with somatostatin analogs (unlabelled and for more advanced disease radiolabelled) or chemotherapy. Most pheochromocytomas/paragangliomas are sporadic, however, and genetically caused tumors are much more common than previously thought. Biochemical proof of disease is best carried out with measurement of plasma metadrenaline. Imaging with computed tomography or magnetic resonance imaging (MRI) should be followed by functional imaging. Chromaffin tumor-specific methods are preferred. 18F-fluoro-deoxyglucose positron emission tomography (18F-DOPA PET) should be used in patients with succinate-dehydrogenase-B-related metastatic pheochromocytoma/paraganglioma. 18F-DOPA PET may become a modality of choice for the localization of head and neck paragangliomas. If possible, treatment is surgical. For non-operable disease, other options are available and new drugs are under investigation or in clinical trials.

Biochemical Diagnosis
Digestive neuroendocrine tumors in the fore- and midgut metabolize tryptophan to 5-hydroxytryptophan and synthesize and secrete neck-to-pelvis distribution and parasympathetic paraganglia are found in the neck and skull base.

Pheochromocytomas (i.e. adrenal medullary paragangliomas) are rare tumors with an annual incidence of one to four per million population.55 Furthermore, 0.5 % of subjects with hypertension and 4 % of those with an incidental adrenal mass have pheochromocytoma.55 The caveat is that these figures are approximate, since until a few years ago 18–60 % of tumors remained undiagnosed.54 The average lag time from the onset of hypertension to the diagnosis of pheochromocytoma is three years.56 Peak age for diagnosis of pheochromocytomas is between 40 and 50 years, with an almost equal female/male ratio. In most cases (downgraded from 90 to 85 % or less with the advent of newer molecular genetics studies, see below for details) these tumors are adrenal, sporadic, and solitary.

The symptoms of pheochromocytomas vary. The triad of tachycardia with diaphoresis and cephalalgia is encountered in 40–80 % of patients and is highly sensitive and specific for a presumptive diagnosis of pheochromocytoma.57,58 Hypertension—newly diagnosed or an exacerbation of known hypertension, most often paroxysmal—is common, occurring in over 90 % of patients, but is non-specific.58 Most paragangliomas are intra-abdominal and adjacent to the adrenals (approximately 85 %). Less than 15 % are intrathoracic and 1–3 % are cervical.59 Chromaffin-negative neuroendocrine tumors in the head and neck that are related to the parasympathetic nervous system, such as those originating from the carotid bodies or jugular bulbs, are also termed paragangliomas.60

Genetics
Familial syndromes with pheochromocytomas/paragangliomas include55 MEN type 2 (MEN 2); von Hippel-Lindau (VHL) syndrome; neuroectodermal dysplasias – neurofibromatosis type 1 (NF-1), tuberous sclerosis and Sturge-Weber syndrome; and other familial paragangliomas, especially those related to succinate dehydrogenase (SDH) gene mutations. In children, familial tumors are found twice as often as in adults.61 Activating germline mutations in the REarranged during Transfection (RET) proto-oncogene, usually in codons 634 or 918 (10q11.2), are implicated in the abnormal cellular proliferation of MEN 2 syndrome. Pheochromocytomas are usually adrenal and benign in MEN 2 and are bilateral in more than 50 % of patients.55

Missense mutations in the VHL tumor suppressor gene, usually in codon 167, 3p25–26, are commonly implicated in the pathogenesis of VHL syndrome. Twenty to 50 % of subjects have mostly benign adrenal pheochromocytomas, and slightly less than 50 % have bilateral disease.62 The genetic background of pheochromocytomas observed in subjects with neuroectodermal dysplasias is yet to be elucidated. Mutations in the NF-1 tumor suppressor gene—associated with von Recklinghausen’s disease—have been observed (17q11.2; in 90 % of cases). The risk of pheochromocytoma in patients with NF-1 is approximately 1–5 %.56,63

It has been suggested that the transmembrane-encoding gene TMEM127 (chromosome 2q11) is a newly discovered pheochromocytoma susceptibility gene. Pheochromocytomas with TMEM127 mutations are transcriptionally related to tumors bearing NF1 mutations.70 Expression of SNAIL (a zinc-finger transcription factor) may predict the metastatic potential of pheochromocytoma.71

Approximately 15 % of all pheochromocytomas/paragangliomas are associated with germline SDH mutations. Immunohistochemistry is apparently the most cost-effective method of genetic testing—particularly if biochemistry is not available or considered, or results are negative.61,72,73 Furthermore, there is sufficient evidence to suggest that genetic testing should be carried out in all patients with pheochromocytomas-paragangliomas. If cost is a concern, then testing should at least be available to those <50 years.61

Biochemical Diagnosis
Chromaffin tumors that are hormonally active may secrete catecholamines episodically, however, they metabolize catecholamines to metanephrines continuously. Free metanephrines in plasma and 24-hour urinary fractionated free metanephrines are the most accurate methods for establishing the diagnosis of pheochromocytoma. Their respective sensitivity ranges from 99–100 (plasma) and 97–100 % (urine) and their specificity is 89–94 (plasma) and 69–95 % (urine).61 Biochemistry is not only useful for establishing the diagnosis of pheochromocytoma/paraganglioma but can also guide further testing (including genetic testing). In subjects with MEN2 or NF1, there is predominantly elevation in metadrenaline, whereas in subjects with VHL there is predominantly elevation in normetadrenaline.61 Care must be taken to normalize metadrenaline levels for populations with normal blood pressure, match them for gender and age,74 and avoid interference from medications.75 Dynamic testing is rarely sought.Gucagon testing is now considered to be obsolete.76 Suppression with clonidine and measurement of plasma-free normetadrenaline is accurate but applies only to normetadrenaline-secreting tumors.77 Head and neck paragangliomas were previously rarely considered to be hormonally active. A substantial number of them (almost one-third) are, however, biochemically active. This is supported by increased excretion of the dopamine metabolite 3-methoxytyramine.78 Most abdominal and thoracic SDHB-paragangliomas hypersecrete either normetadrenaline or normetadrenaline and dopamine. Some only hypersecrete dopamine and are almost silent biochemically.64

MRI offers slightly better sensitivity. Pheochromocytomas usually show a characteristic very high T2-weighted signal on MRI unless there is a hemorrhage or intratumoral necrosis. MRI is very good for evaluating the relationship of pheochromocytomas with blood vessels. This is of importance when surgery is planned.

CT/MRI should be used in patients with biochemically proved pheochromocytoma/paraganglioma. For most patients imaging is limited to the adrenals/abdomen, whereas evaluations of the thorax, neck and head are used when there is suspicion of malignant/ metastatic disease. For head and neck paragangliomas, MRI may better explore tumor anatomy vis-à-vis this region’s blood vessels. Conventional or MRI angiography may also be very helpful.80–82 Although positive CT/MRI studies can be diagnostic, their specificity may vary from 50–90 %.55 Thus, negative anatomical imaging studies may not be diagnostic.83 Furthermore in patients with previous surgery poor quality imaging may lessen utility, particularly if recurrence is suspected.79 For such cases and for cases of extra-adrenal or malignant/ metastatic disease, the use of functional methods is preferred. There are two paths for functional imaging of chromaffin tumors.

Specific functional imaging methods should be carried out first. If results are negative, non-specific modalities should be sought, particularly if recurrent, metastatic or malignant disease is suspected. MIBG is a catecholamine precursor that is taken into pheochromocytoma cells via hNAT. Nowadays, it is labelled with iodine-123 (123I-MIBG), permitting better quality imaging than 131I-MIBG. CT imaging—standalone or as single-photon emission CT (SPECT)—is also possible.85

PET with 18F-labelled deoxyglucose (FDG) is currently widely available and is used for localizing various tumors and the staging of neoplastic disease. FDG PET is a convenient and accessible modality for localizing pheochromocytomas that are negative with specific functional imaging modalities (particularly metastatic disease).

Pheochromocytomas and paragangliomas express STRs (mostly types 2, 3, and 5), although conflicting results have been presented in the past.92–97 Octreotide is an octapeptidic somatostatin analog that is labelled with 111In for SRS. Despite intense splachnic/renal abdominal accumulation, it is a useful non-specific tool for localizing malignant and/or metastatic pheochromocytomas or paragangliomas with a sensitivity approaching 90 %.98

Management
The definitive treatment for pheochromocytoma/paraganglioma is surgery. For hormonally active tumors, a pre-operative blood pressure-lowering/normalisation regimen should be followed using selective alpha1 blockers (prazosin, doxazosin and others) or non-selective, non-competitive alpha blockers (phenoxybenzamine). If, despite selectivity tachycardia ensues, beta blockade is given after sufficient alpha blockade has been achieved.56,100,101 Pre-operative management with calcium blockers, nifedipine, angiotensin-converting enzyme (ACE) inhibitors or alpha-methyl-para tyrosine (Demser) have been also used.100,102,103

Laparoscopic surgery is possible for abdominal tumors up to 9 cm in diameter. Partial (cortical-sparing) adrenalectomy is used more often—particularly for small tumors.104–106 A transabdominal approach is reserved for malignant tumors,107 where debulking surgery and/or adrenalectomy is advised.108 Non-competitive alpha blockade with long-acting agents such as phenoybenzamine is preferred for keeping blood pressure under control in patients with symptomatic malignant and/or inoperable disease.56 Demser is also given to block catecholamine synthesis. Biochemical evaluation with plasma and/or urine adrenaline should be carried out two to six weeks post-surgery.53 Annual biochemical work-up for the first five years and once every two years thereafter is the minimum follow-up requirement. In the case of persistence or recurrence, localization studies should be sought. Sixty per cent of malignant pheochromocytoma sites show avid 131I-MIBG uptake.103 In specialized centres such tumors can be treated with therapeutic 131I-BG in single or fractionated doses totaling 200–1,400 mCi. Approximately 30 % of tumors show an objective response to therapy (40 % biochemical response) and 40 % of tumors remain stable (20 % biochemically).108 Radioiodine therapy may lead to serious adverse events, particularly in terms of bone marrow suppression.109–111 Less experience has been obtained with labelled somatostatin analogs.81 Overall, combination chemotherapy with dacarbazine cyclophosphamide and vincristine does not confer any significant survival benefit.112 Other regimens include etoposide plus cisplatin or etoposide plus lomustine with 5-fluorouracil.108 Radiofrequency ablation of metastatic foci can also be used.113 Another experimental modality is sunitinib, a multiple tyrosine kinase inhibitor.114

Modalities Currently being Evaluated/Introduced into Practice
Quantification of pheochromocytoma/paraganglioma vesicular monoamine transporter content indicates whether the tumors are MIBG-avid.95,96,120 As PET imaging accessibility increases worldwide, more patients with pheochromocytoma/paraganglioma will be evaluated with PET studies. Ultratrace 131I-MIBG has very high specific activity and holds promise for future therapeutic applications.48 New modalities for the medical management of malignant pheochromocytomas are currently being assessed. Among these, the combination of temozoline and thalidomide or therapeutic somatostatin analogues have shown some encouraging results.108

The authors have no conflicts of interests to declare. 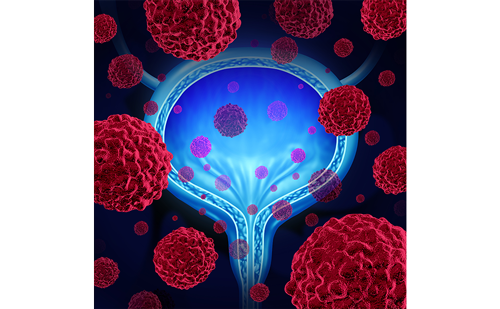